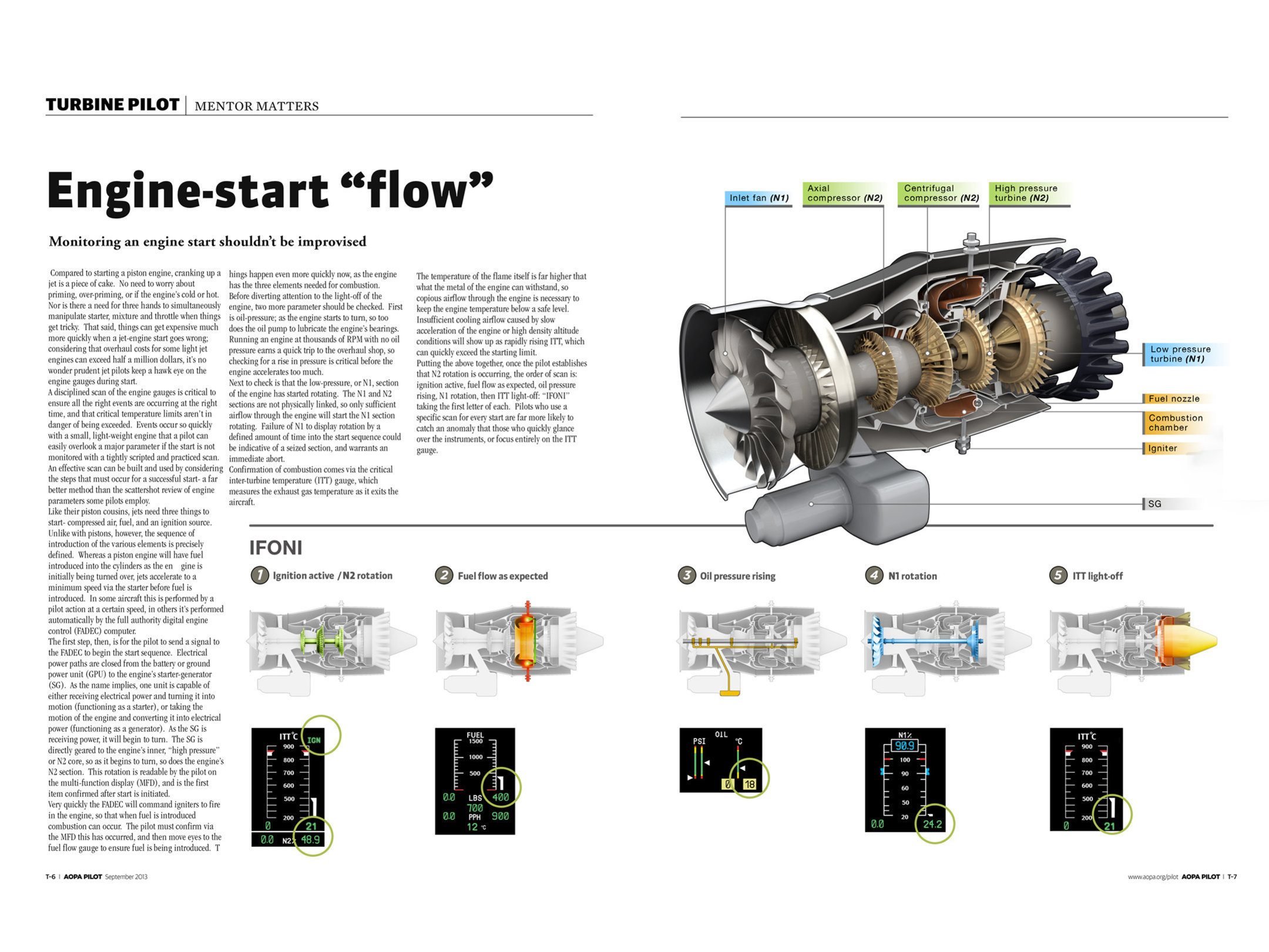 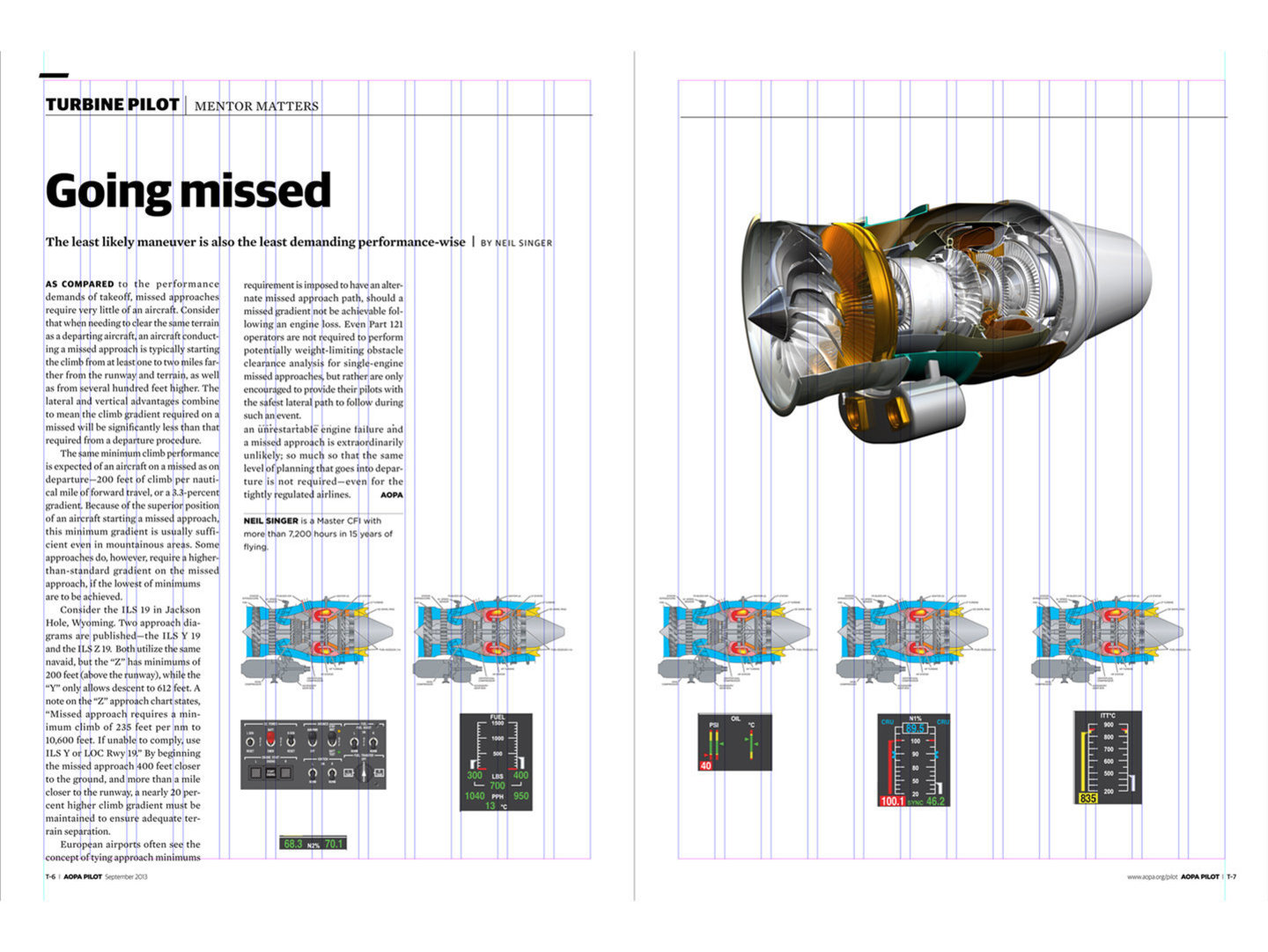 Process: After reviewing the article and conducting initial research, a rough comp was generated using found images for positioning and development of the correct sequence. 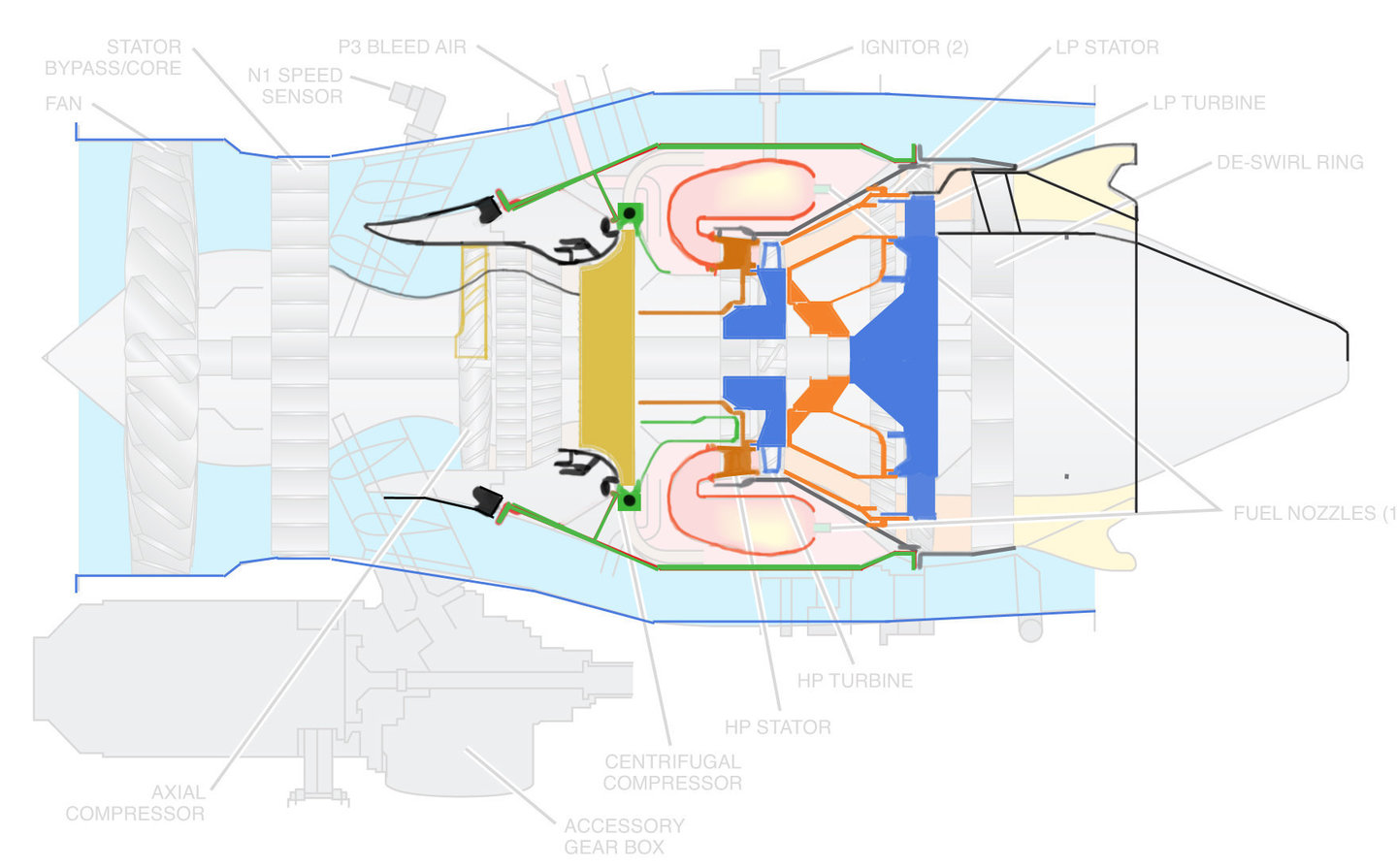 Process: Complete information for engines and airframes is often to difficult to acquire from a single source. After researching the particular engine (a Pratt & Whitney PW-615F), I developed a template used for building a 3D model of the engine. 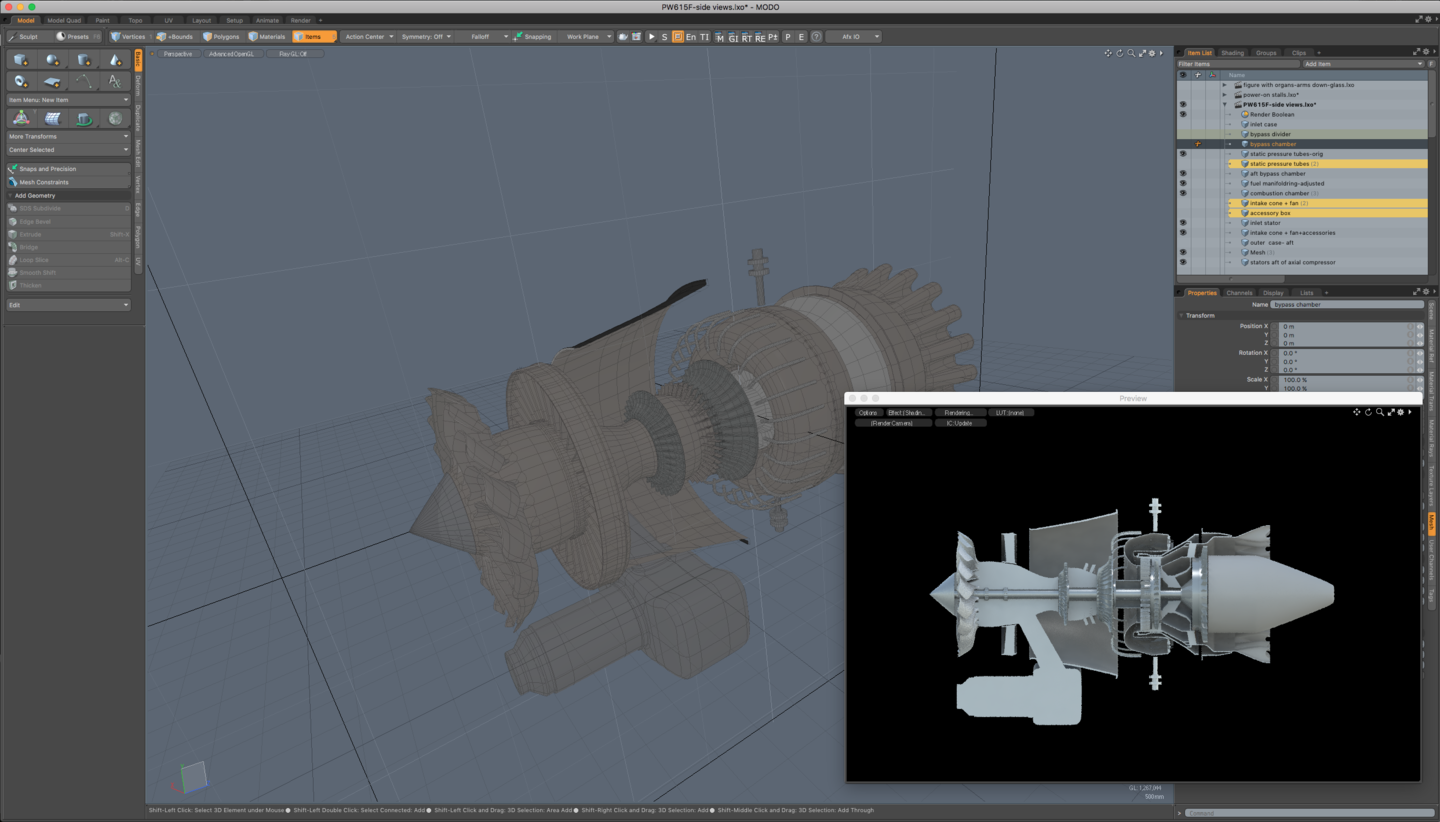 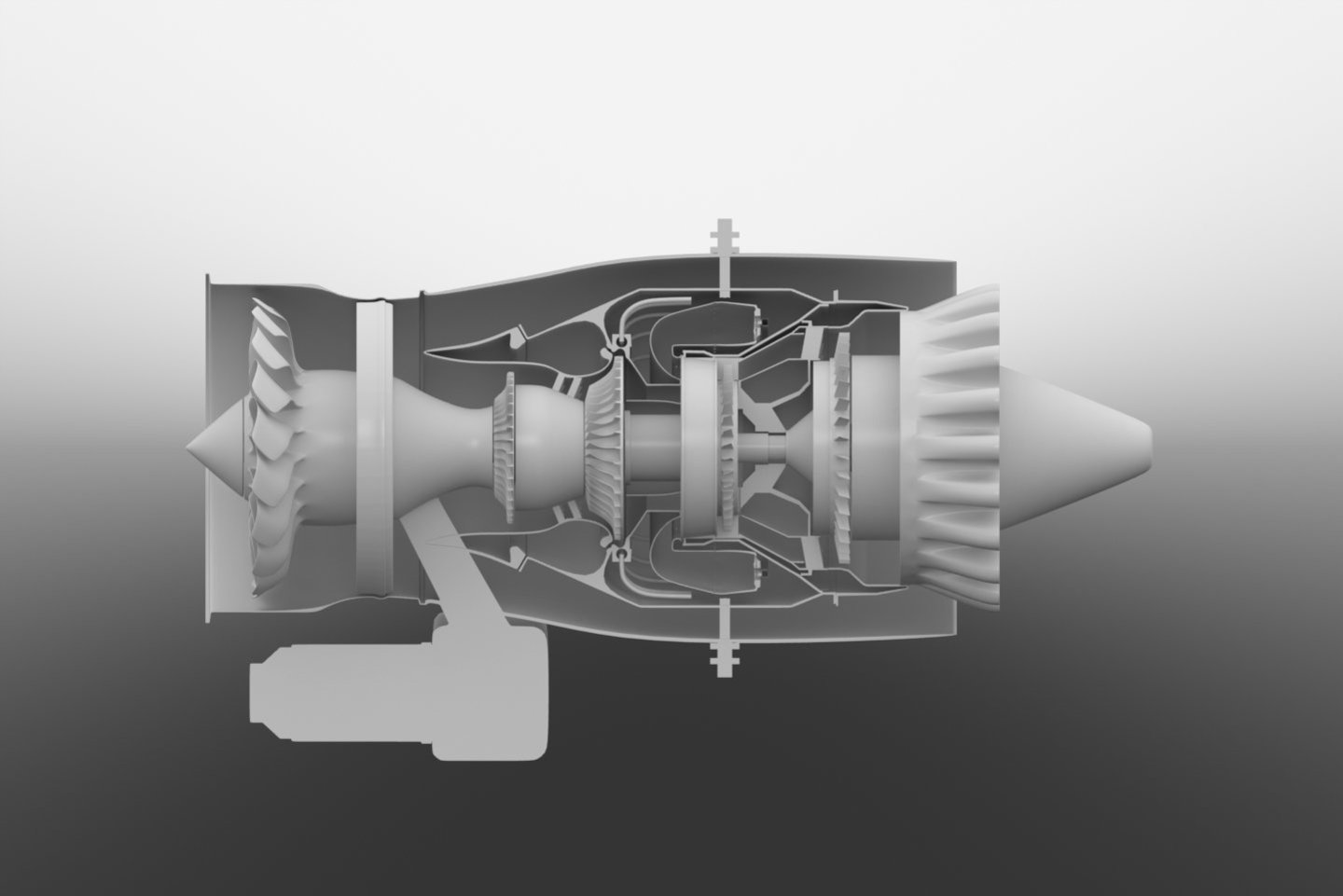 Process: A grey scale render was produced to check scale and detail. The anchor image of the engine in cutaway was rendered, then the grey scale section was used for illustrations depicting engine state during startup stages. 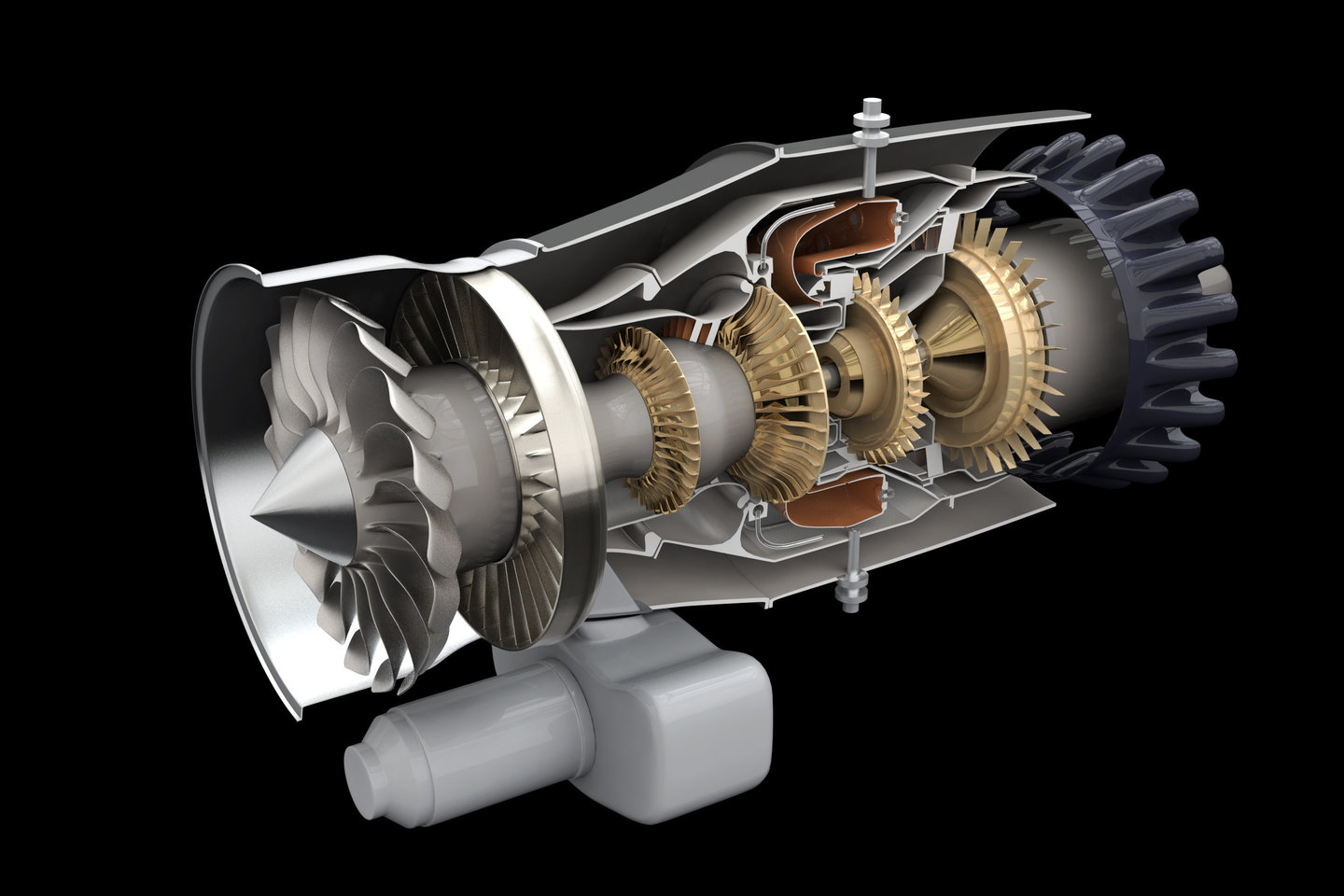 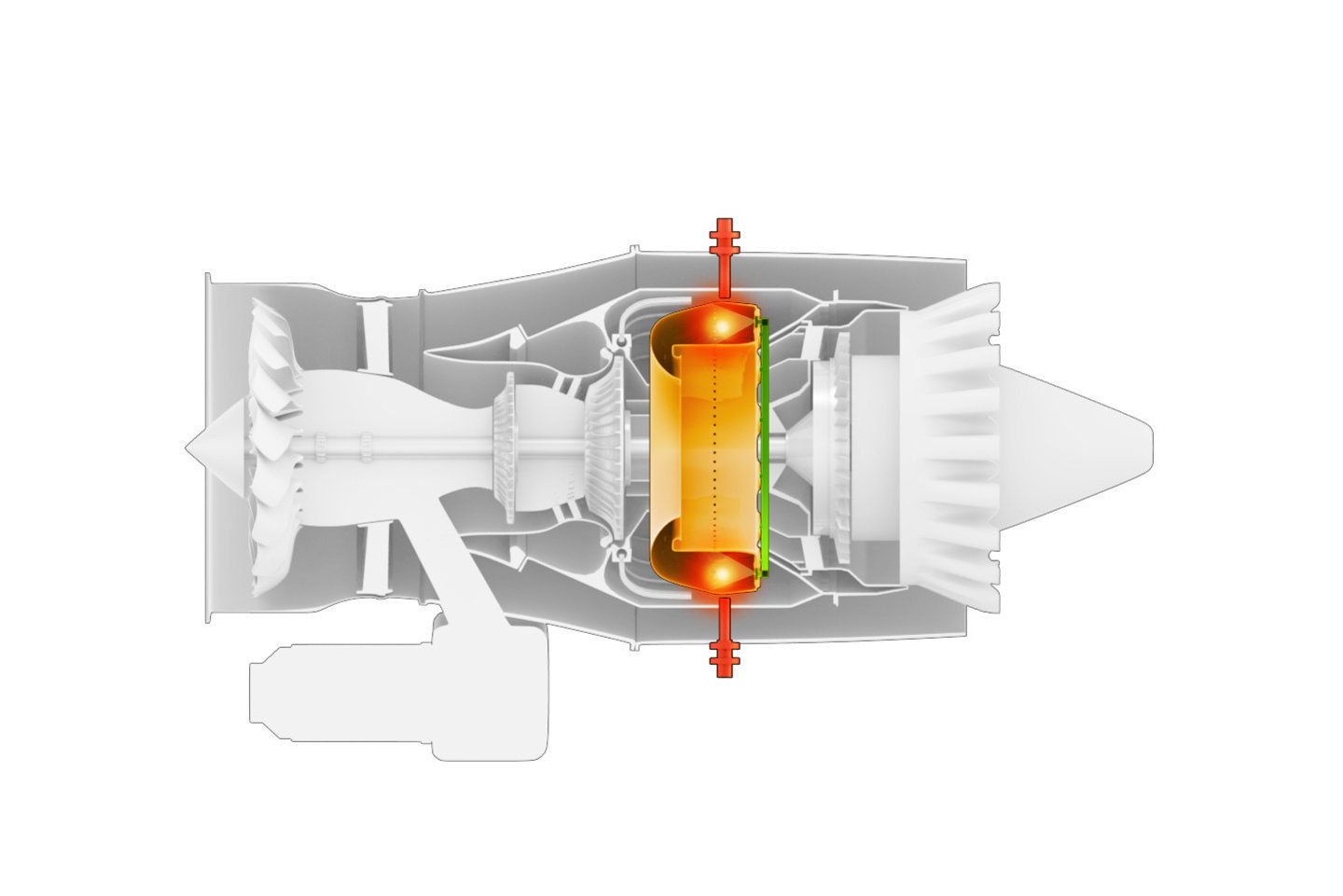 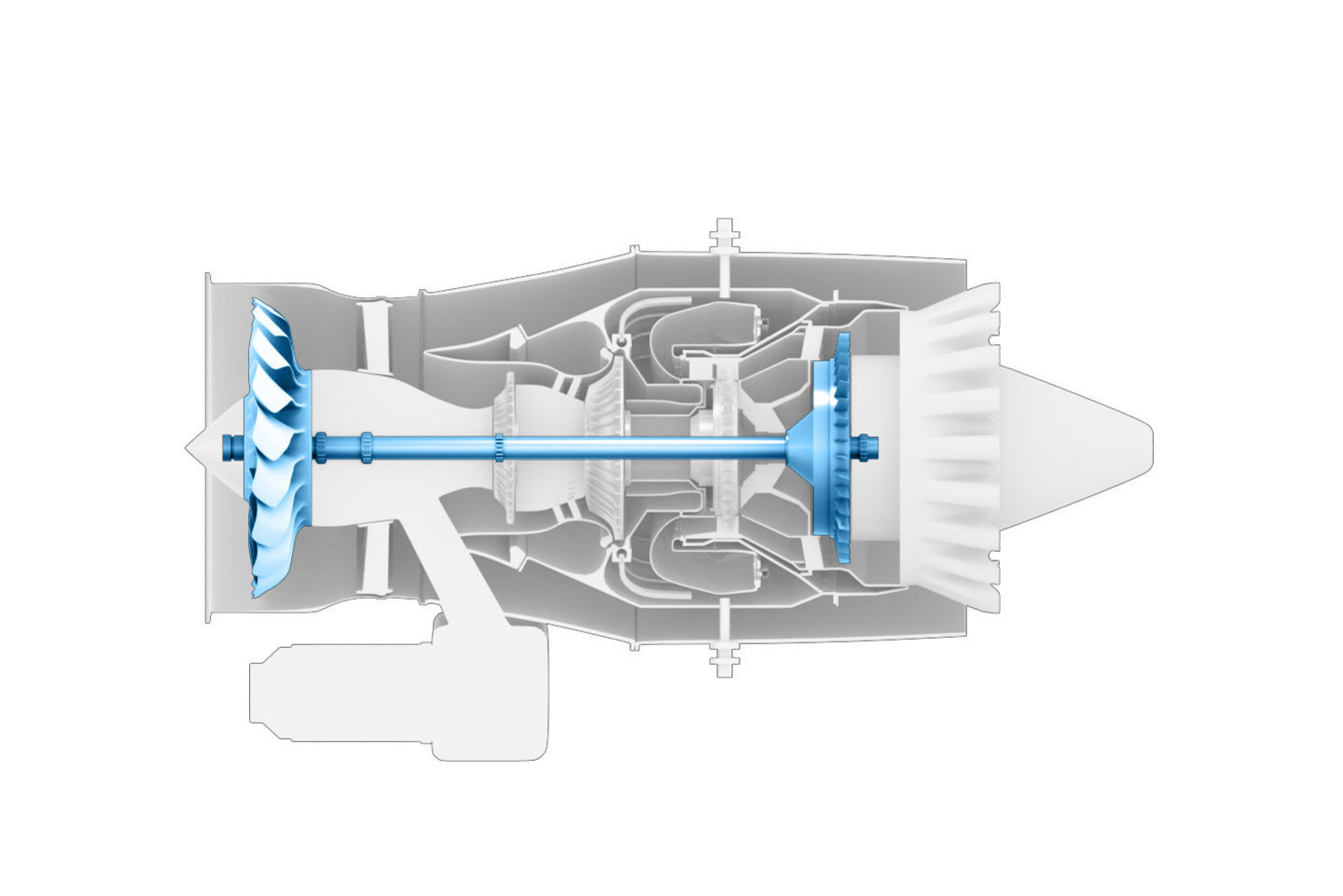 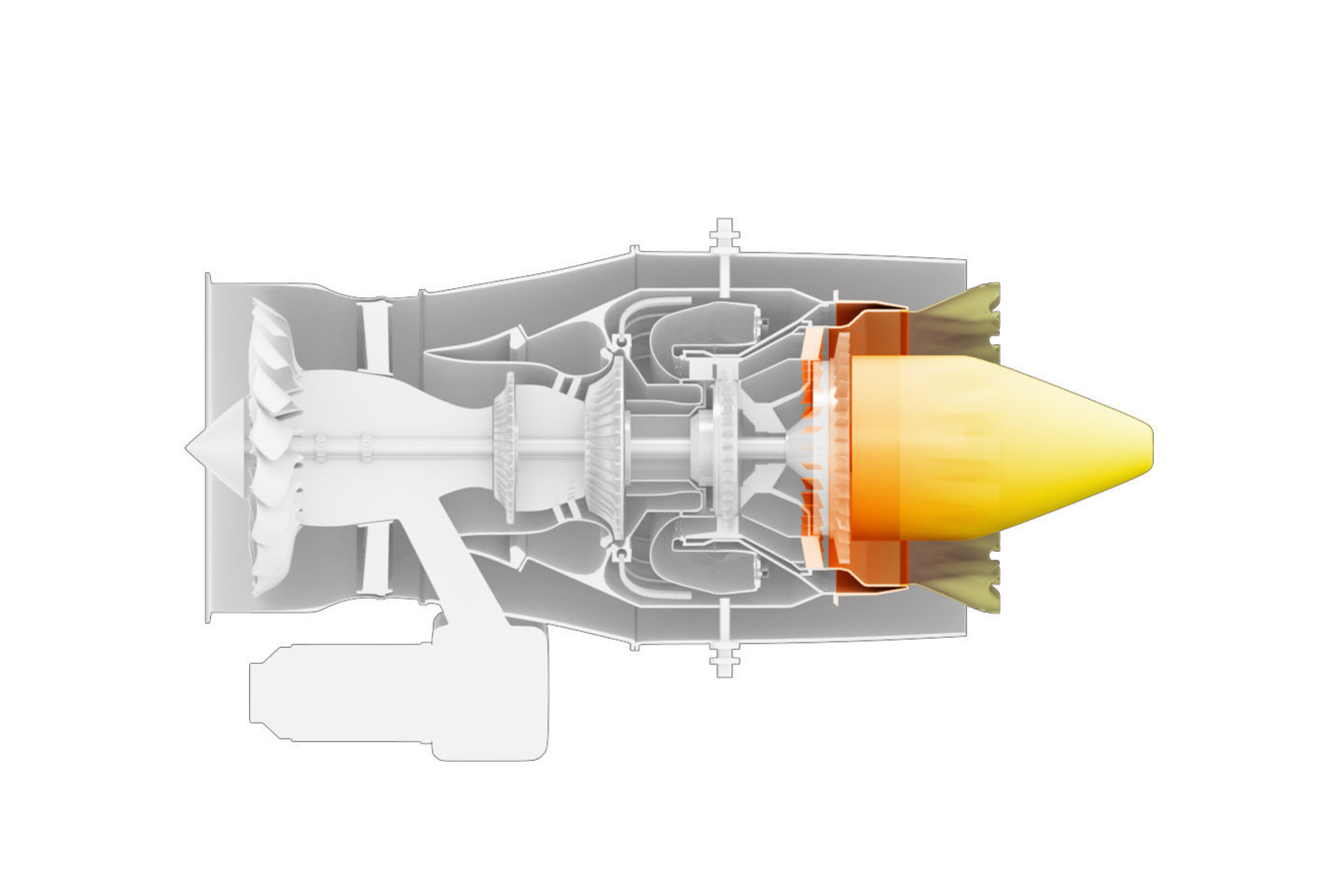 Process: Layout in process in Photoshop.

After reviewing the article, I researched material related to VLJ engines. Using AOPA's standard grid, I developed a layout concept, received approval, then built a 3D model of the engine. The model was used for anchor art and cross sections.