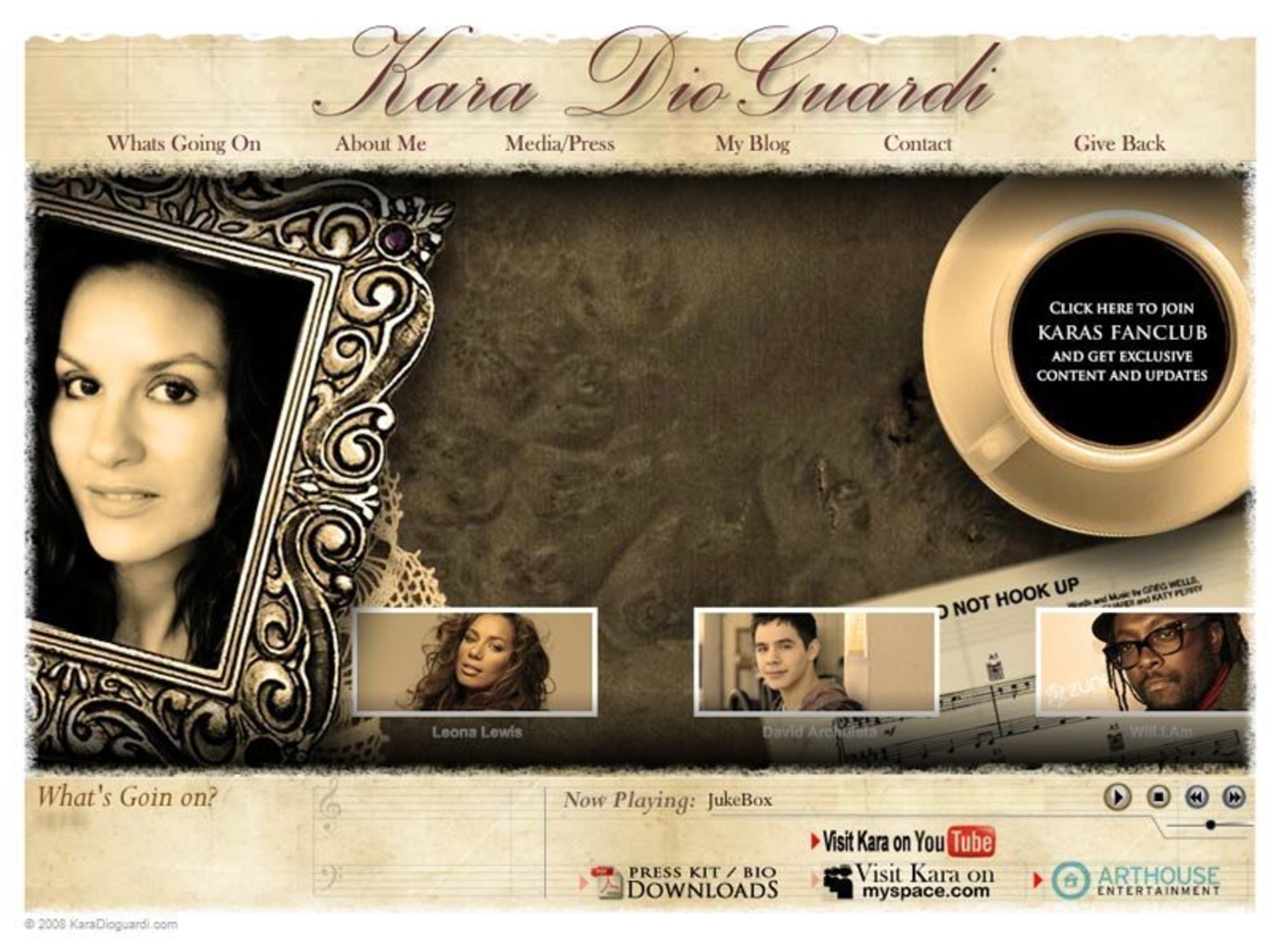 We worked closely with Kara herself in developing her website from scratch. This project was successful in that it needed to be ready by her debut appearance as one of four main judges on the show American Idol. Moreover, we continued to manage and operate her entire web presence for more than several years (from email accounts to web hosting). She referred additional clients to us after we completed her project.

We were responsible for handling nearly 1 million visitors the first 48 hours her site launched. In addition we envisioned & created a special members only section called Kara's Club which provided behind the scenes footage of her on the American Idol set, unreleased song lyrics, fan engagement, contests and more, along a set schedule that we designed.