A friend and longtime client of mine called me and asked if I would be willing to meet with a friend of his who was planning to open a restaurant. He needed help with branding from the ground up. He had a general idea to open a pizza place that served good beer, but no menu yet. He also had a space to build the restaurant, but beyond that, all he had was a name – he planned to call it The Rusty Onion.

When the three of us sat down to meet, the client mentioned that he hoped to create a concept that he could franchise in time, and then he started talking about his vision for the logo, which involved an illustrated onion. I was fully prepared to try to talk him out of it, but I knew I needed to explore the option, nonetheless. I also knew that in order to make a name like The Rusty Onion work for a restaurant, the brand would need some serious swagger. 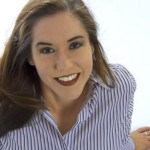 My design responsibilities included the logo and tagline options, responsive Wordpress website, t-shirts, business cards, storefront signage, menus, pizza boxes, takeout labels, and copywriting. I also acted as Brand Manager throughout the launch, working directly with the client as well as any vendors needed for web applications, signage, printing, etc. I also consulted on menu items that would work well with the brand