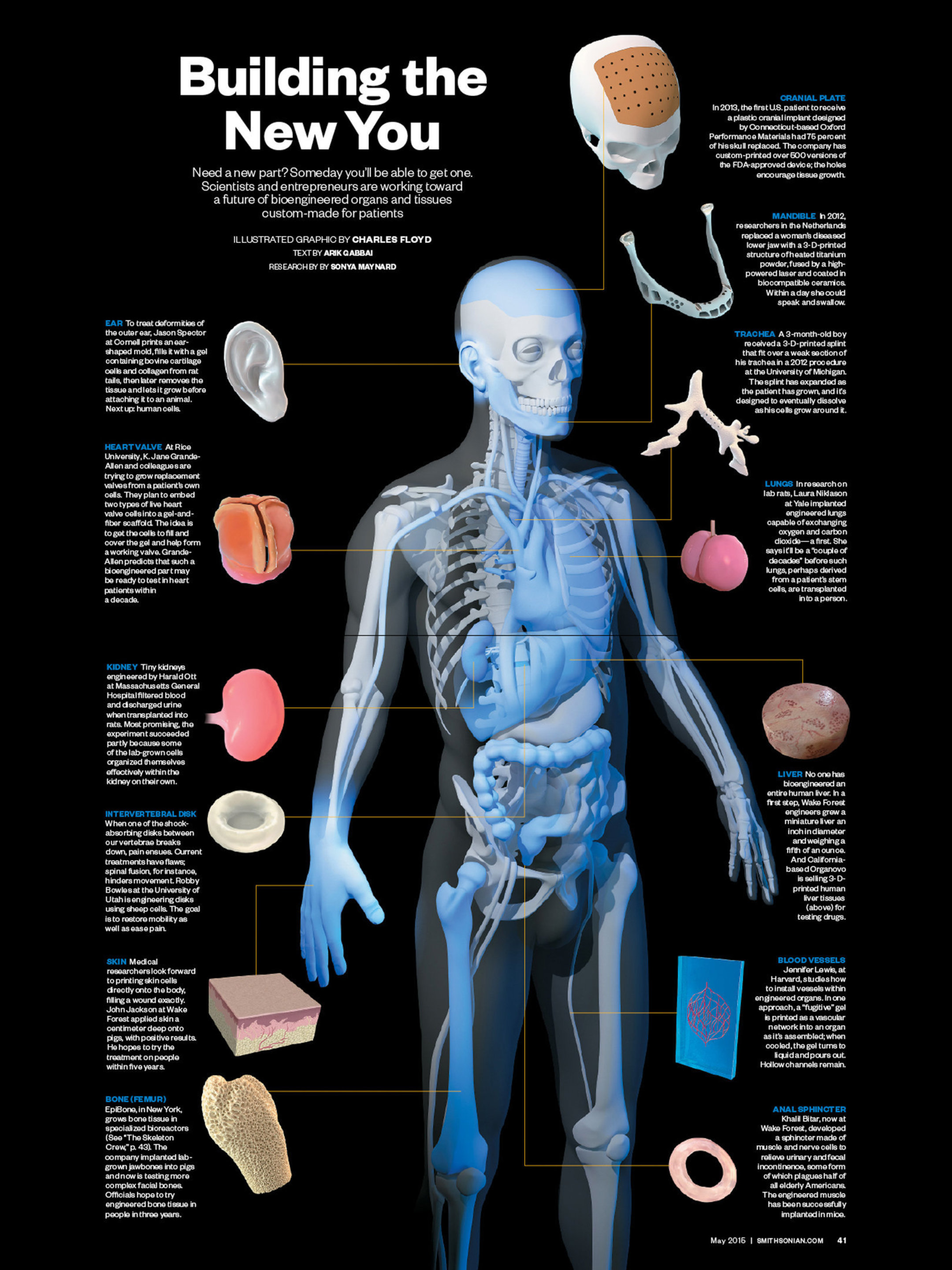 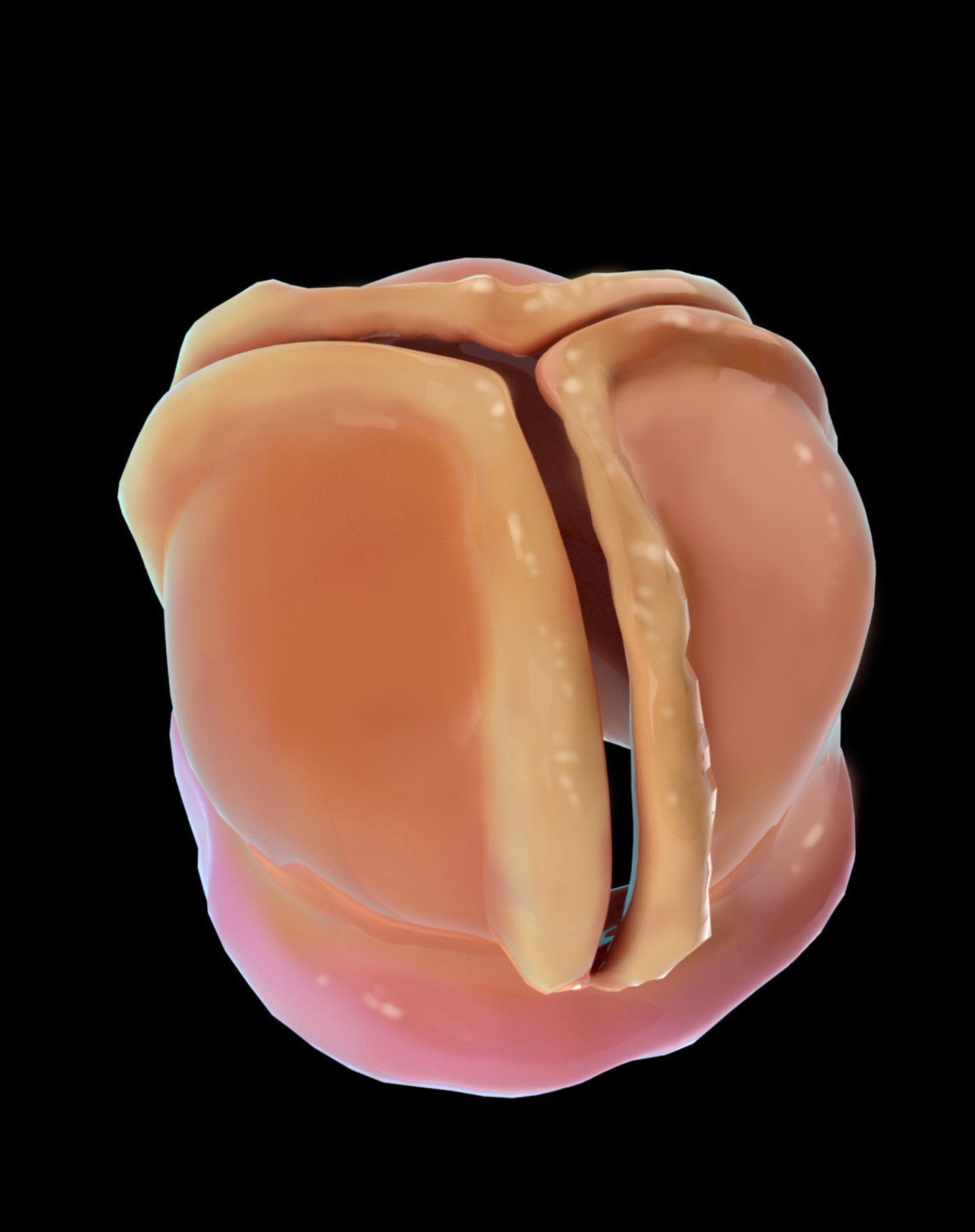 Sidebar image: Detail of aortic valve grown from patient's own cells over a collagen scaffold. Developed at Rice University. Modeled and rendered in Modo. 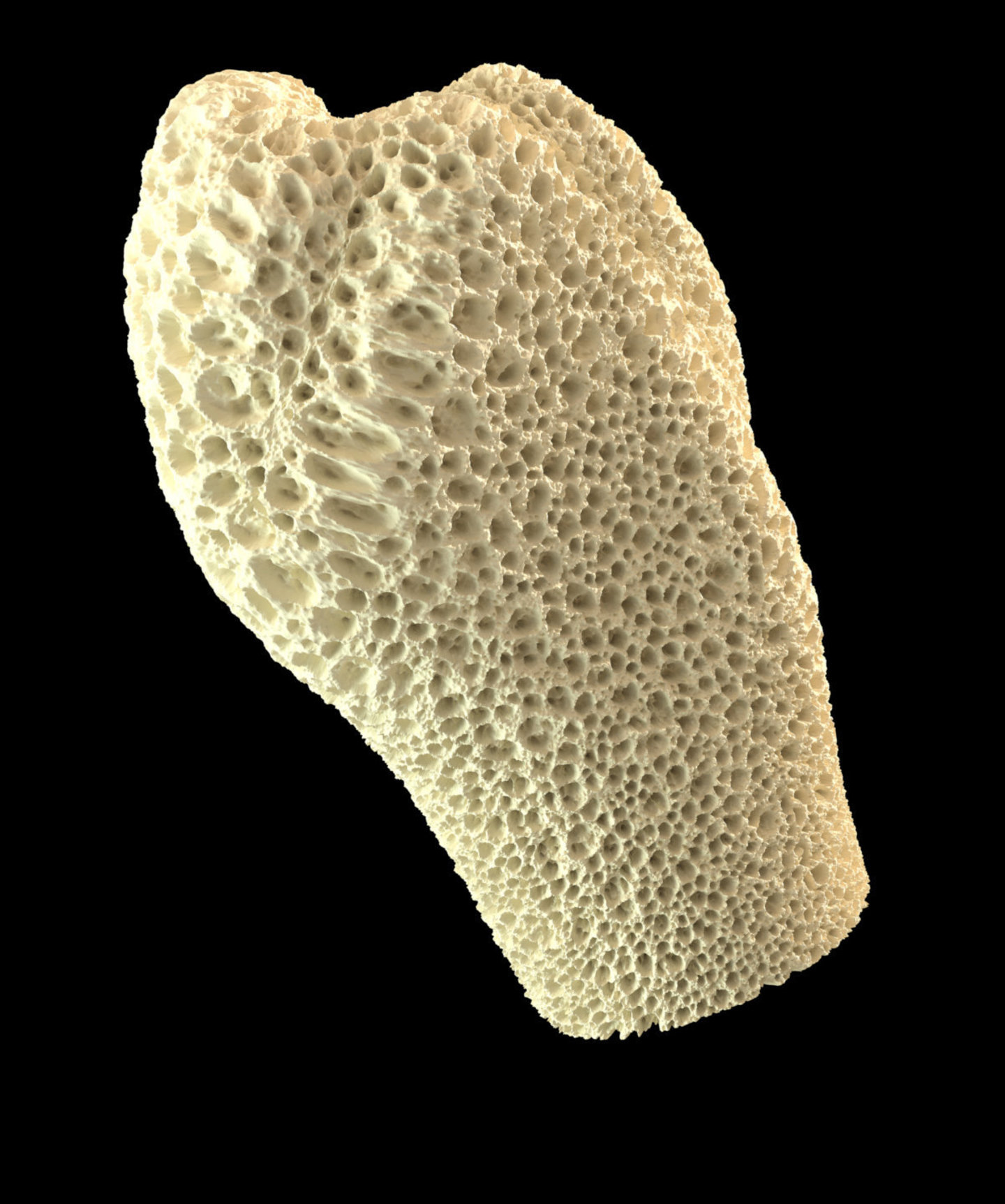 Sidebar image: Head of femur grown in bioreactor by EpiBone. Modeled and rendered in Modo. 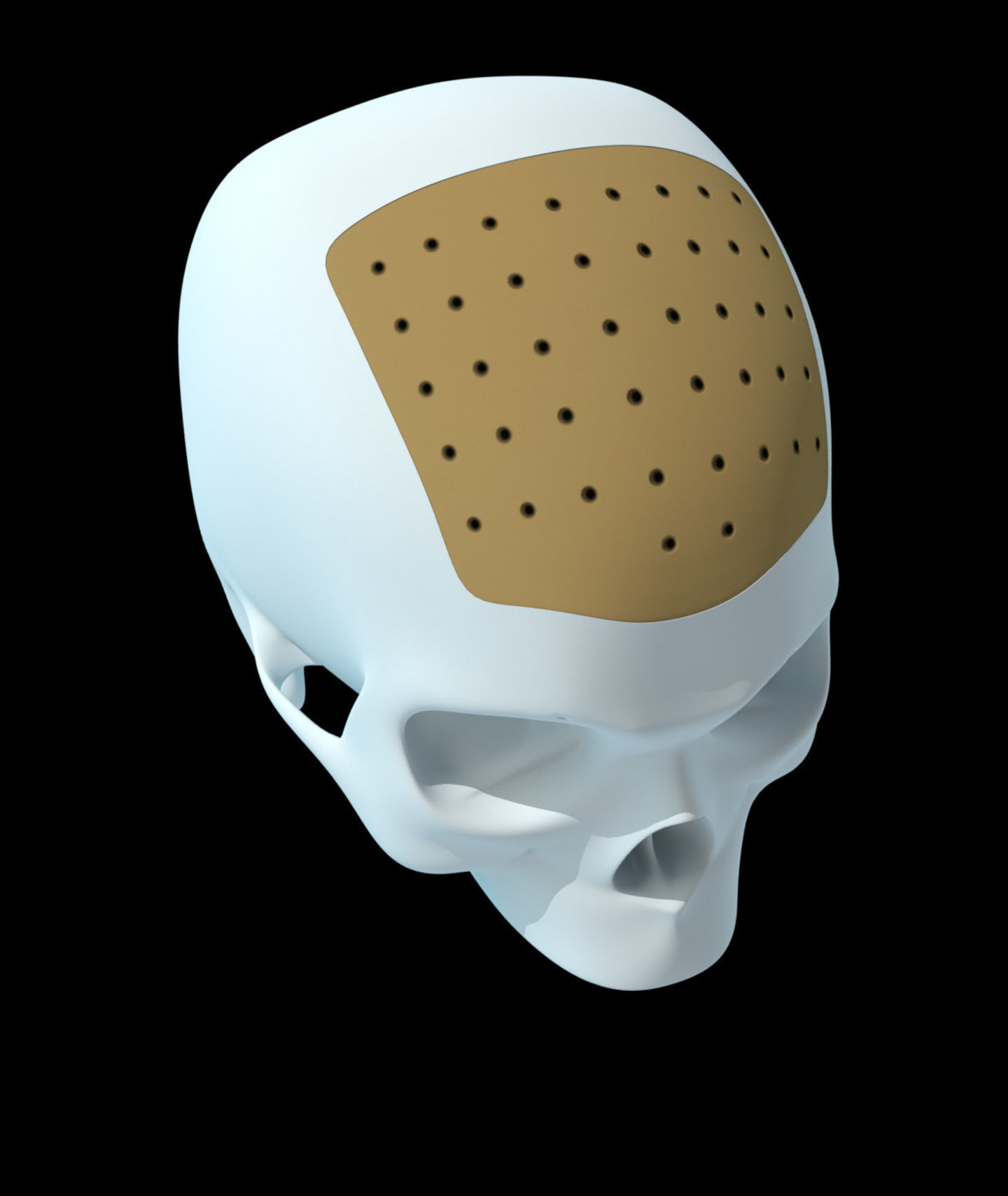 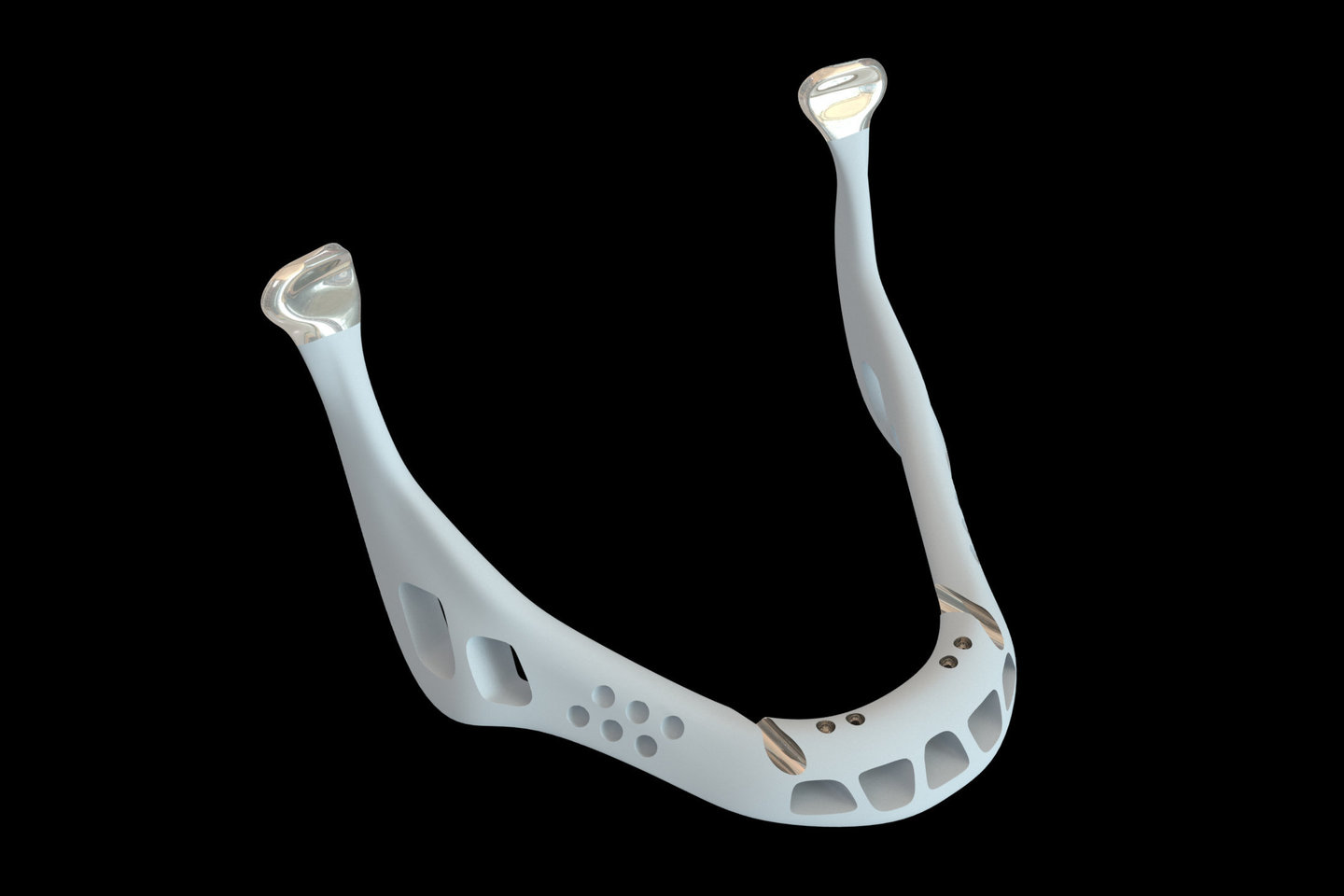 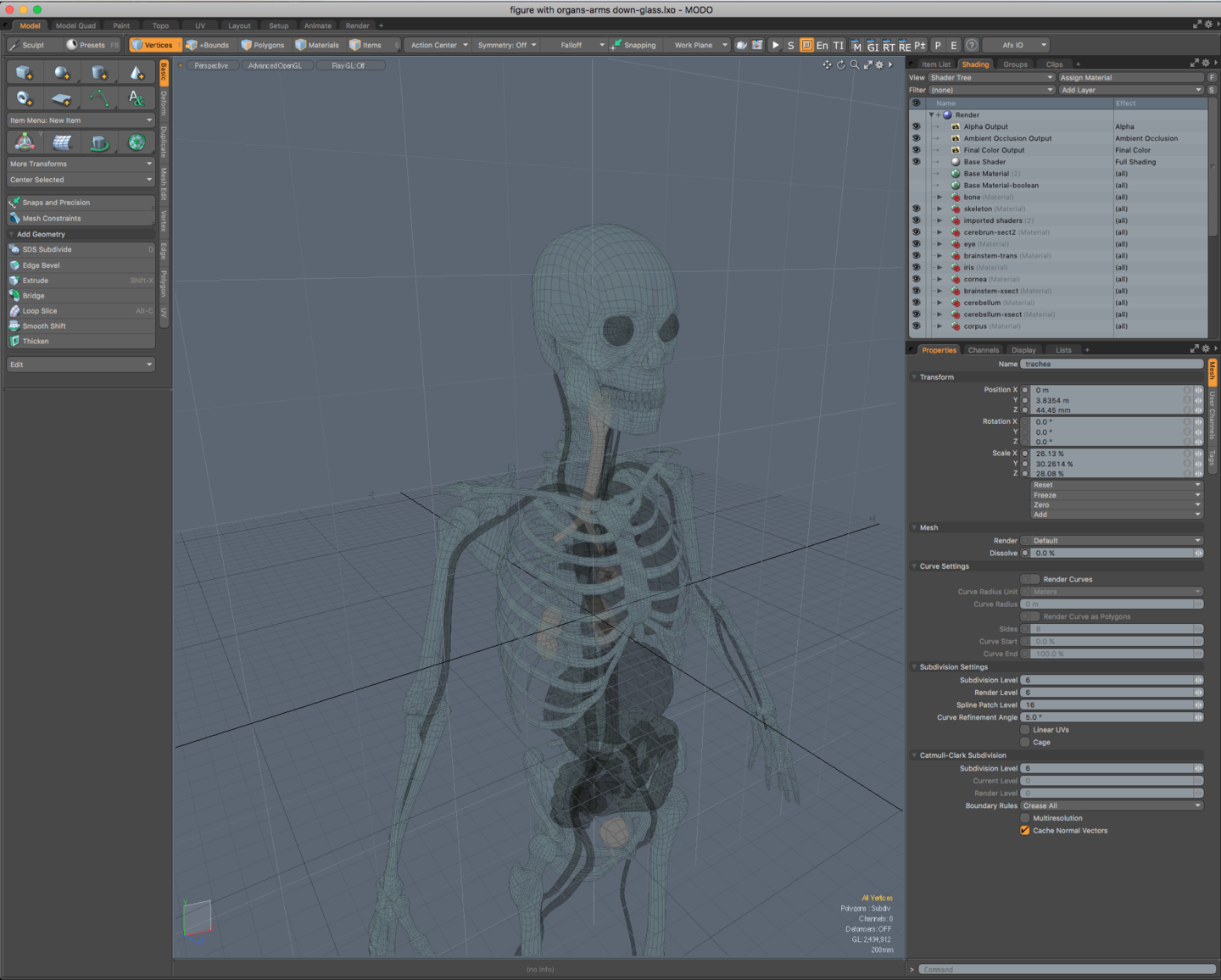 Process: Modeling of skeleton and organs in Modo.

Process: Final render of skeleton and organs out of Modo. Post-processed in Photoshop. 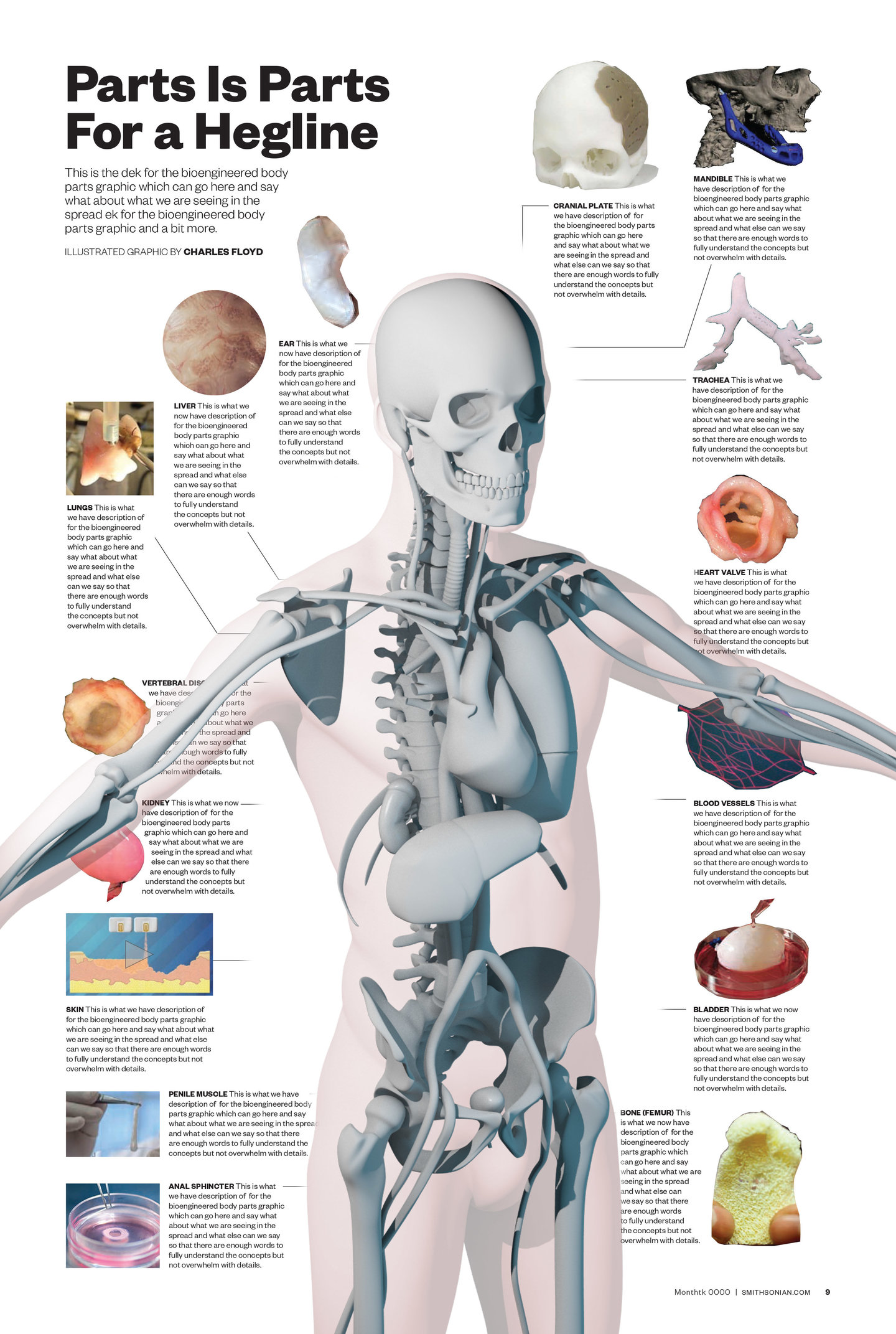 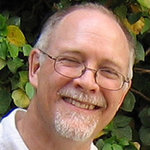 I have a dual degree in painting and biology, which helps me provide science expertise to my clients. I often interview researchers for this type of project. In this case, I just had to research the literature and produced the illustrations and layout for the two page spread.