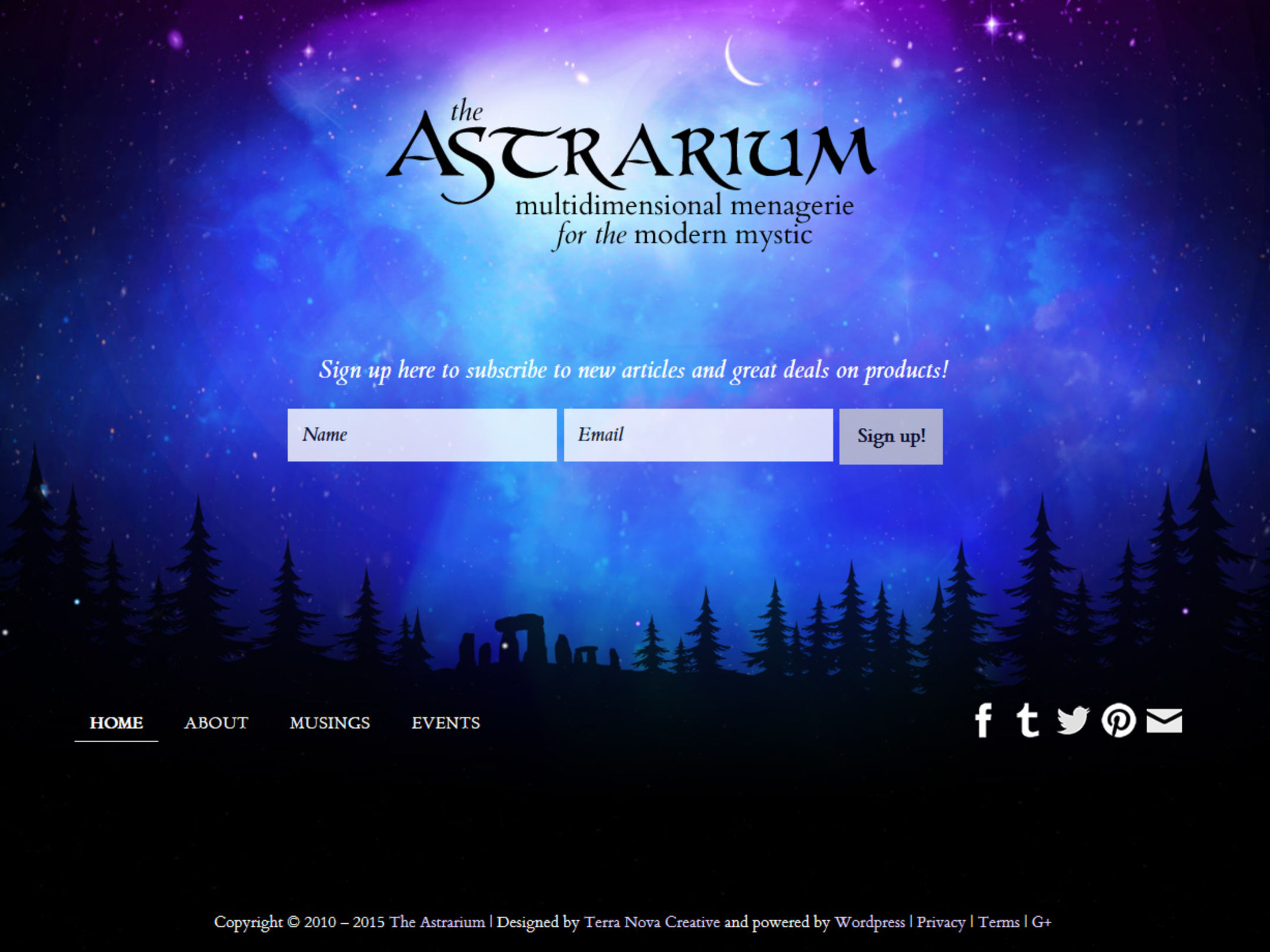 Another ongoing project of mine is The Astrarium, a blog and soon to be marketplace for all sorts of eccentric delights, the latter of which I'm in the process of developing with some friends. I've redesigned the site every year since its conception in 2010, and it continues to be a prototype of the visually unique, animation-rich websites that I love to build for my clients. 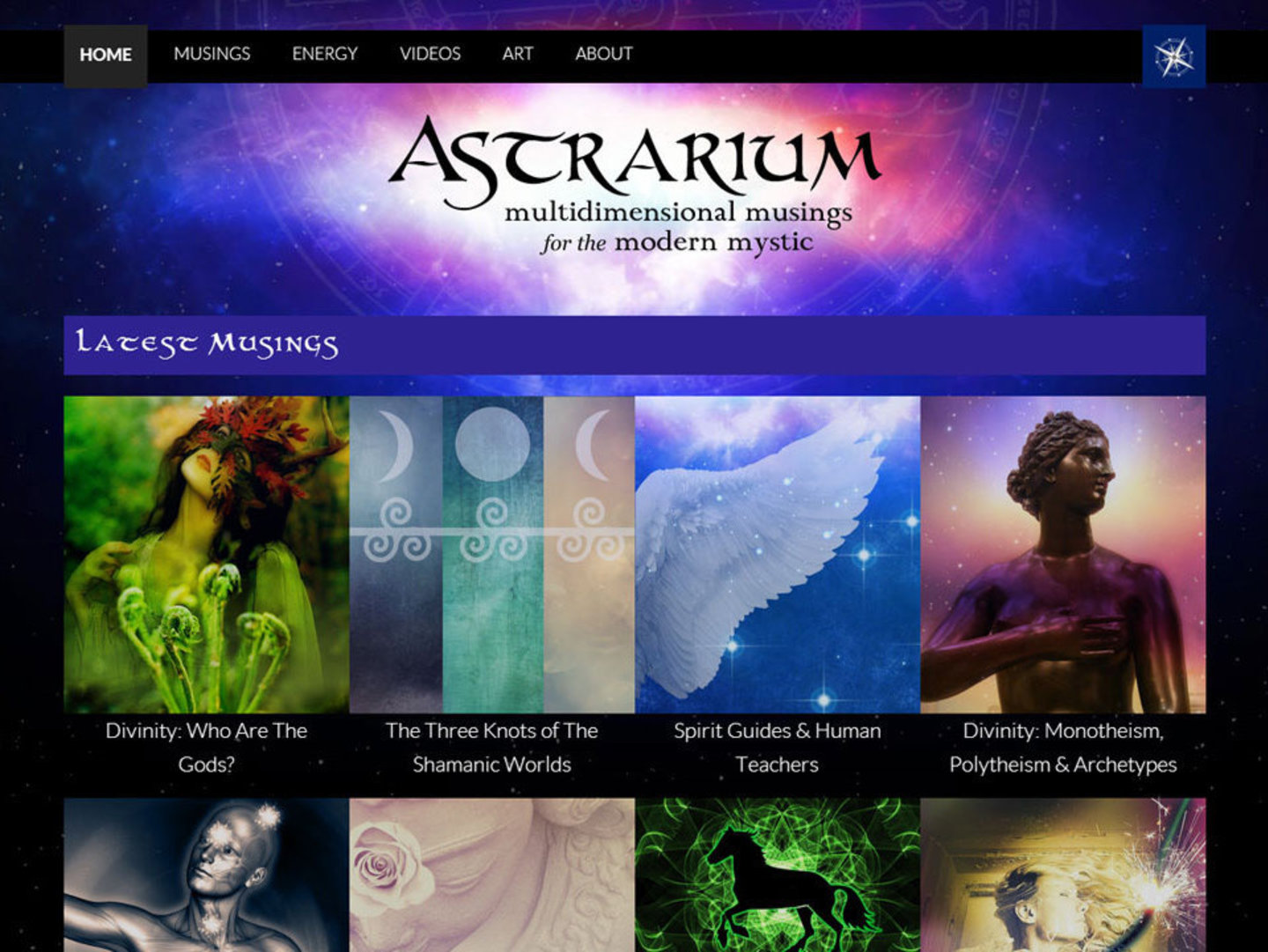 The 2014 version of The Astrarium put the emphasis on quality esoteric articles, the popularity of which has gained us over 20,000 Tumblr followers! 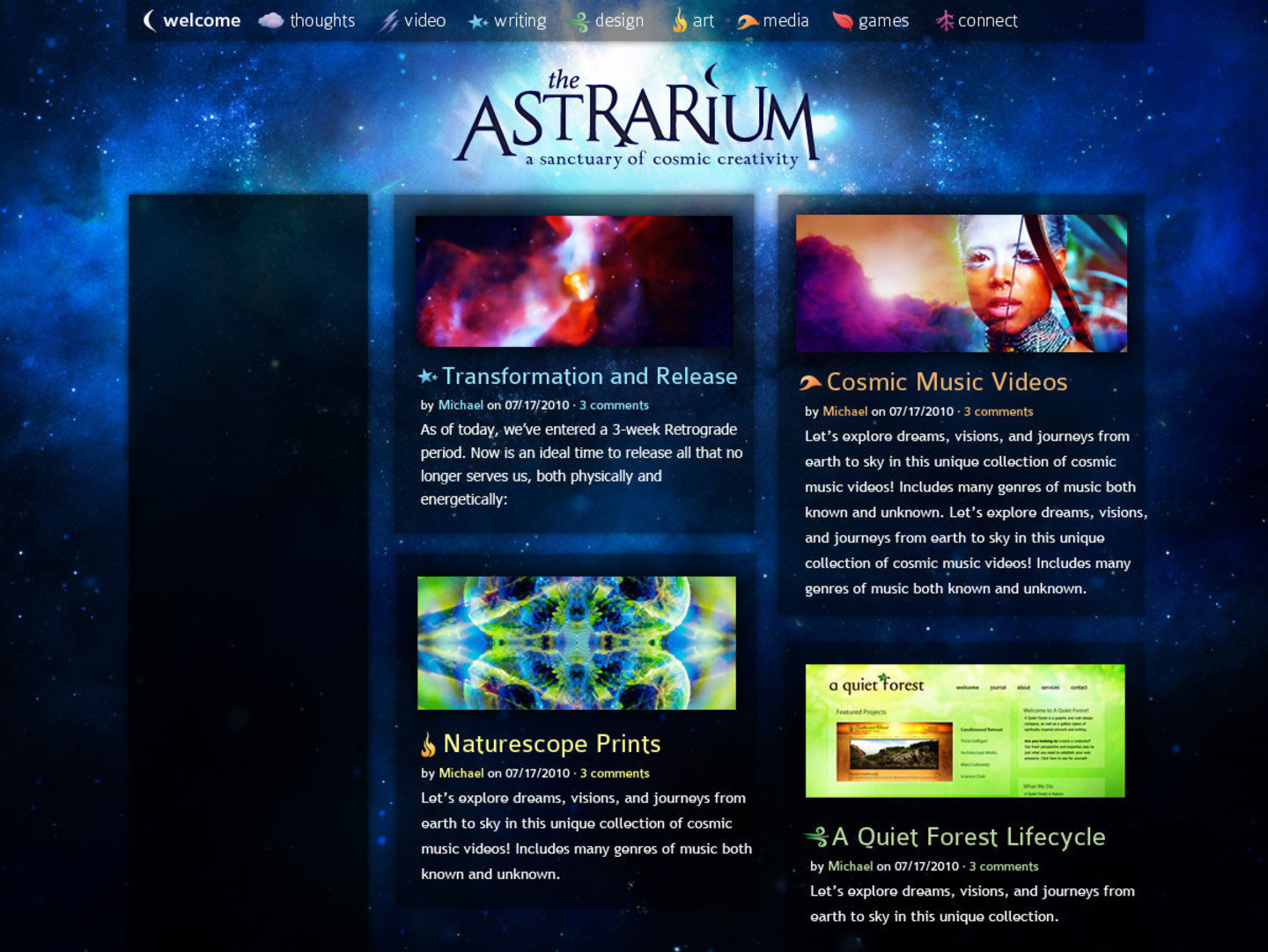 The 2013 version of The Astrarium found a new cosmic look to encompass some great new content. 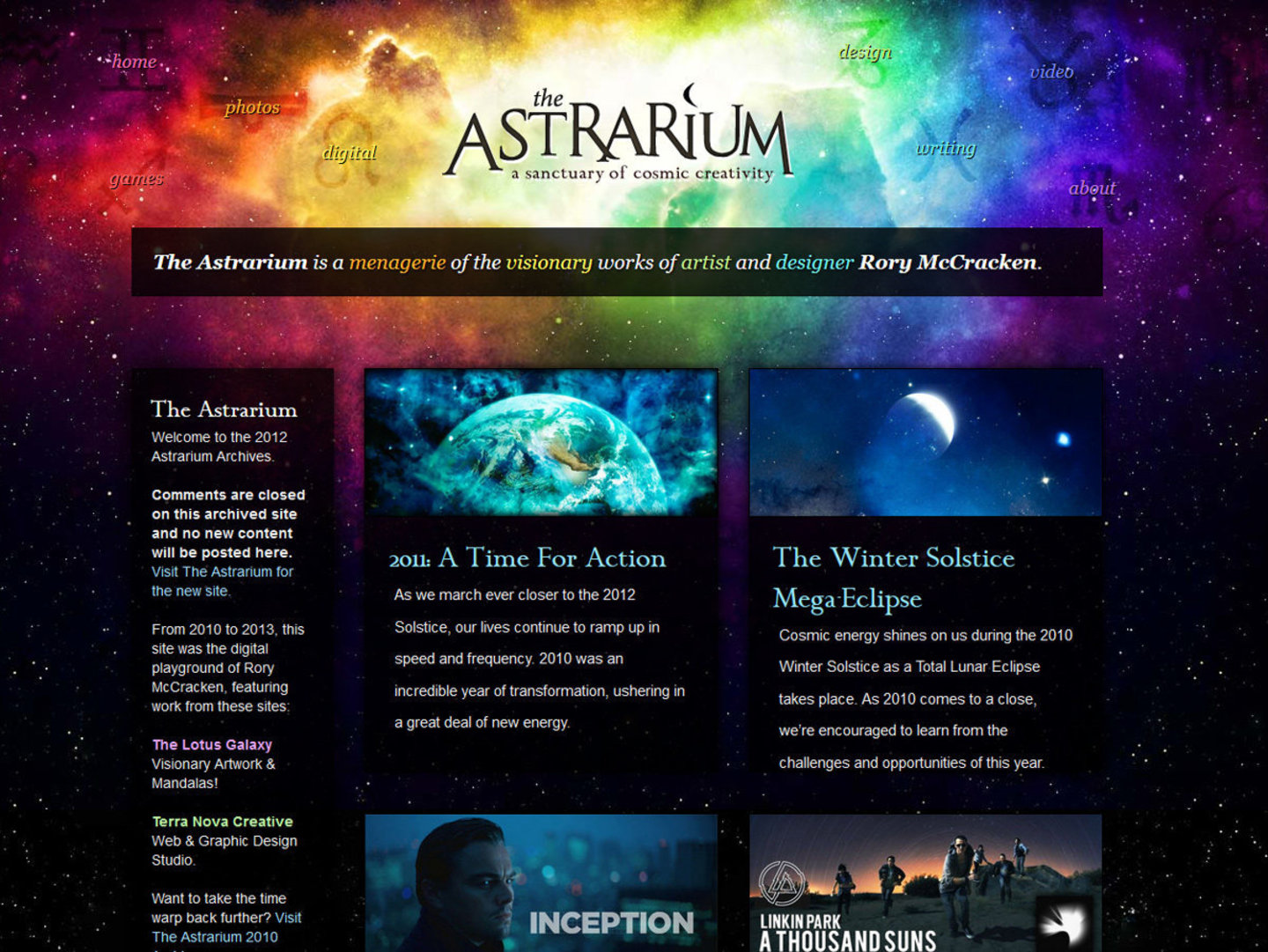 The 2012 version of The Astrarium was perhaps my favorite, making the custom logo stand out against some truly unique graphics. It even featured an astrological menu. 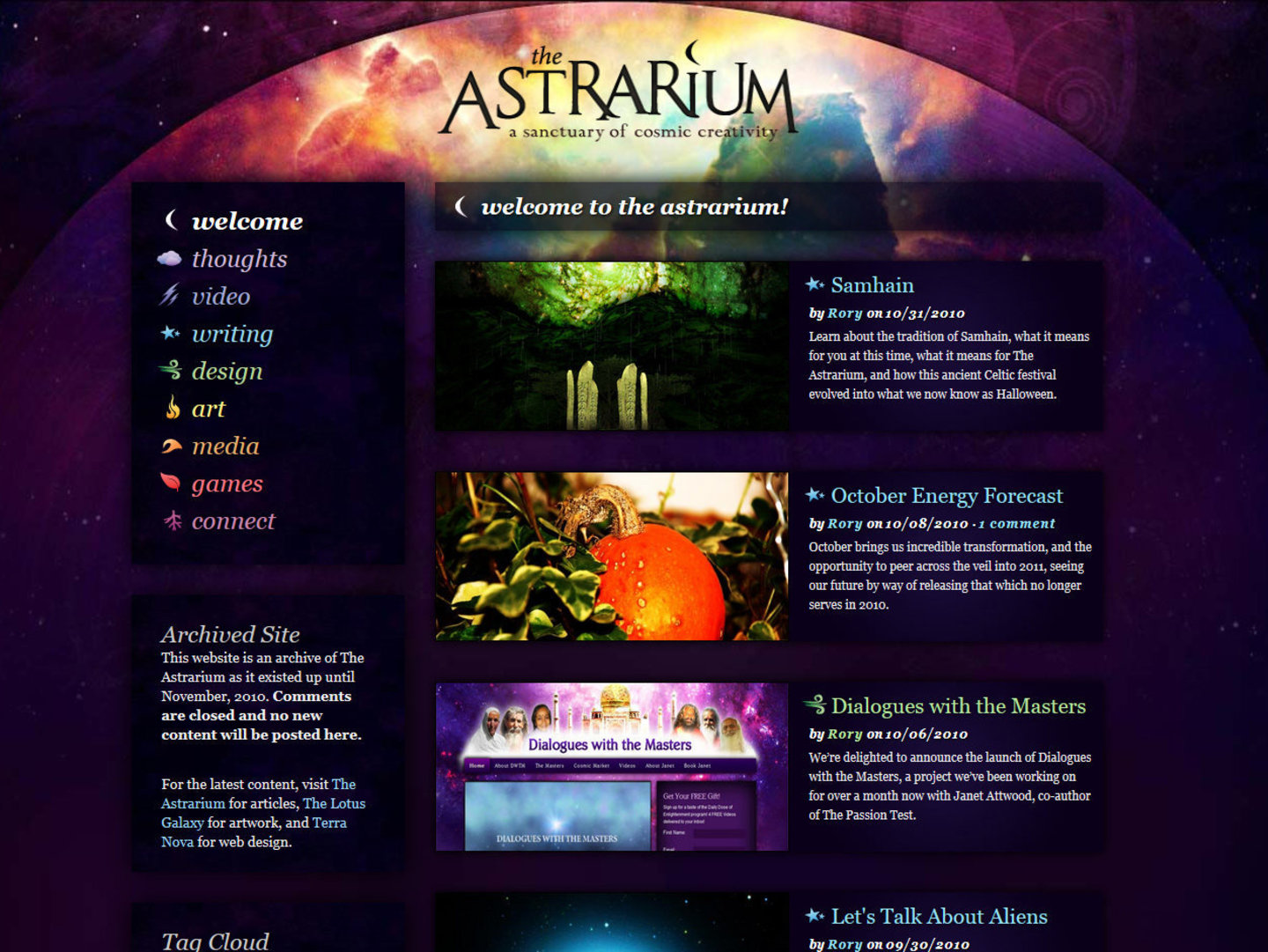 The 2011 version of The Astrarium was one of the earliest versions of the site, and featured a chakra-themed organization of content. This website won me an ongoing job from a content marketer who was enamored with the creativity and heart she found in my work. This site was a huge factor in kickstarting my freelance career!

This site has been an ongoing project since 2010, at first serving to host my artwork, writing and other creative delights. Since then, it's turned into a blog and marketplace that I'm expanding with a few friends. We've gained 20,000 fans on Tumblr and are working to turn The Astrarium into its own successful business. In the meantime, it looks fantastic!